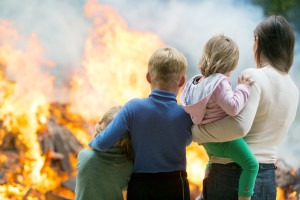 In the wake of a Massachusetts federal court decision this summer allowing coverage where an additional insured intentionally set a fire, a Massachusetts state court this fall ruled that an innocent co-insured can recover where fire was started by the other co-insured (see here for our earlier article on the federal case).

In the recent Massachusetts case, Aquino v. United Property & Casualty Insurance Company, the plaintiff and her fiance were listed as co-insureds under the policy.  The finance caused and perished in the fire.  The insurer denied coverage under the Intentional Loss Exclusion.  The policy defined “Intentional Loss” as “any loss arising out of any act an insured commits … with the intent to cause a loss.”

The court ruled that the policy’s exclusion is broader than the state’s statutorily required language for fire insurance, which refers to acts by “the insured” rather than “an” insured.  This, the court ruled, mandates a several obligation not to cause a loss, rather than a joint obligation.

The court noted that the ruling is in accord with the majority of states, who find coverage for an “innocent spouse.”

However, the court limited the import of its decision by awarding the plaintiff only half of the loss.  The court reasoned that “having determined that the intentional loss provision of the contract must be reformed to treat [the co-insureds] severally for purposes of assessing [their] ability to recover, I will also treat them severally in assessing any forfeiture of coverage by arson under that provision.  Here, the [fiance’s] act of purposefully burning the property will forfeit his share of recovery under the Policy.”